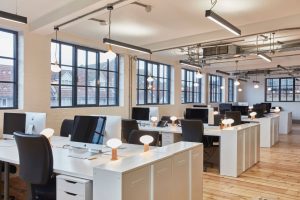 Australia’s international borders might be sealed shut, but businesses are increasingly looking overseas when recruiting.

Serious skill shortages at home, coupled with the rise in remote working, is compelling more businesses to find their next hire in Southeast Asia.

While some were already scouting out talent there, it’s a trend that has exploded during the pandemic, according to Jason Ritterman, director of outsourcing firm Away Teams.

He says the Melbourne-based business has tripled its headcount in the last 12 months to now manage more than 350 staff out of Ho Chi Minh City.

“Whether they’re startups or multinationals, companies want to hire locally but, especially in IT, they’ve either struggled to find it or found that it’s exorbitantly priced,” Ritterman told Business Insider Australia. 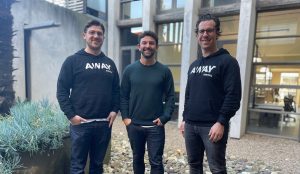 Tech hires in particular have become a drain on companies’ bottom line, as salaries jump by as much as six figures in some extreme cases.

“I was talking to the CEO of a big IT business the other day, and he was telling me that a full-stack engineer about three years ago cost $80,000 a year. That role is now being paid $150,000,” Ritterman said.

By contrast, he estimates outsourcing to Vietnam is saving businesses “roughly between 30% and 70%” on an Australian salary, once additional costs are factored in.

But it’s not just a matter of money. Across all sectors, one in four local businesses say they can’t find the right applicants, with the figure set to only get worse as the number of available candidates shrinks.

Fellow director Aidan Wollner, who works on another arm of the Away business, said he has experienced that first hand, finding offshoring the only good alternative.

“I was looking for an AWS cloud engineer locally and spent $900 on Seek ads and got four applicants, who were just completely under-qualified,” he said.

“I asked Jason for a hand and within two weeks of looking in Vietnam we’d found a gun hire.”

Skills shortages are forcing all businesses to adapt

While tech might be facing one of the most acute skills shortages, businesses are struggling to recruit the right people across a whole range of sectors and jobs.

Emapta is another offshoring company, linking businesses with recruits in the Philippines.

In Australia, he said Emapta is fielding contracts right across the corporate sphere, from startups to ASX-listed companies, with demand stretching into service industries, accounting, lending, “and all levels of technical support”.

Over the last 12 months, Vorbach says the company has grown by around 50% since September, as it recruits around 150 workers every month in the Philippines.

The pandemic naturally has helped drive much of that boom, as businesses have reassessed their staffing options.

While offshoring has been around for decades, it has generally been a maligned choice, associated more commonly with telemarketing operations rather than considered a broader talent pool.

Having founded Empata 11 years ago, Vorbach says many misconceptions in Australia are now being tested out of necessity.

“There is incredible depth of talent on the doorstep of Australia and countries like the Philippines have a lot to offer in terms of agreeable time zones, English proficiency, adaptability, and naturally lower costs,” he said.

“There is skill shortage today in Australia and that shortage is not going away once the borders open.”

Vorbach believes the trend will persist beyond the pandemic, as offshoring becomes increasingly adopted as part and parcel of a business’s growth strategy.

Whether or not that translates to other parts of the labour market, where skills aren’t in such short supply, is another matter.

“There are things we’ll push back on where we tell clients that a job isn’t something that should be done through us, particularly if it is a really creative role or something that is really nuanced, like local events or imagery,” Ritterman said.

“Some roles tend to work best when you can have creative minds huddled around a whiteboard or a computer. So where that’s the case, we’re happy to say no.”

As developments in technology make it easier to manage remote teams, and cultural shifts makes it more common, there’s clearly a pipeline of companies considering it.

The offshoring sector claims it has changed for the better in recent years, acknowledging that in times gone by Australian companies have been ‘burnt’ by dodgy operators.

Ritterman for his part says the relationship can only work if it’s done right.

“It’s not really about having ‘set and forget’ roles set up overseas anymore. You’ve got to get people really well integrated into a business. Businesses get their branding sent over, they get their workers decked out in their merchandise, and they get them actively involved in their strategy days,” he said.

Ritterman argues there is a false dichotomy between choosing local or foreign labour.

“When some people talk about outsourcing they see it as taking a job away from an Australian who might need it. We understand that but we also see the bigger picture,” he said.

“By accessing affordable talent, we might also be enabling a business to survive and continue paying their local staff. The money they save can be reinvested back into the business and make sure they’re here for the long term.”