You may have noticed an increasing demand in outsourcing during the restructure of a typical post-pandemic organisation. Large-scale projects, processes, and other non-core functions are shifting to third-party providers from global outsourcing stalwarts and as collaborating across locations becomes the so-called “new normal” for businesses, the many advantages of outsourcing are becoming more apparent, which will likely drive its continual meteoric rise.

Vietnam in-particular is proving itself to be an ideal location for companies that need high-quality IT development work carried out. There are several reasons why so many big names are turning to Vietnam in their times of need, so what exactly are they? Here’s everything you need to know. 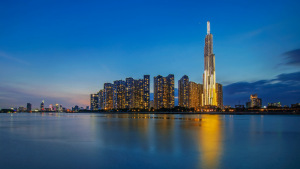 Why Should Companies Consider Outsourcing?

Outsourcing, whether to Vietnam or another of the world’s big outsourcing economies, is a great way for a business to become more adaptable and resourceful. In working with teams that have more experience in a specific niche, companies can focus their people-power and existing processes on, say, improving productivity or updating workflows.

The 5 Benefits of Outsourcing to Vietnam

In so many ways, Vietnam is the ideal country to outsource non-core IT processes and projects too. For one thing, while outsourcing has been the largest contributor to the Vietnamese economy for several years now, it doesn’t have the world’s biggest outsourcing industry. As such, companies aren’t generally flocking there in droves, meaning costs are still pretty low.

For another, Vietnam is a stable country full of diligent and hard-working people, so there are few better places to invest. Not only will your investment be secure, but it is sure to bring excellent returns. Here’s some more information on the benefits of outsourcing in Vietnam. 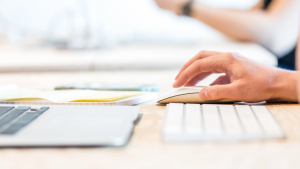 As mentioned above, outsourcing to Vietnam is nowhere near as expensive as it is in many other countries, such as India and the US. So, right now, it’s still a bit of a hidden gem. The country’s rising levels of IT expertise make it likely that you’ll get the results you want to achieve, and all at a fraction of the cost.

The price tag is so desirable simply because labour costs in Vietnam are among the lowest in Southeast Asia, meaning you won’t struggle to find a great team at an even better price. Couple that with the fact that you won’t have to employ and train full-time employees, and it becomes pretty apparent that outsourcing here could save your business a whole lot of money. 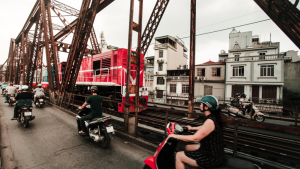 Vietnam is a great country to do business in. Since the Doi Moi political reforms of 1986, the country has experienced extraordinary economic growth. But, it’s not just that its economy has grown and continues to do so at an exceptional rate. It’s also worth noting that the country’s economy has proved itself to be one of the most resilient in the world.

When the Covid-19 pandemic hit, countries all over the globe floundered to limit the damage to their economies. Vietnam was among the most successful at both keeping the virus in check and protecting its economy’s stability. As a result, its economic growth was among the best in the world in 2020, expanding at an impressive rate of 2.9%. 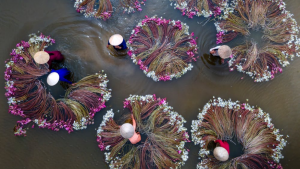 Vietnam is known for its hardworking population, and it’s far from just a stereotype. A strong work ethic is part of the country’s culture, and this is reflected in its approach to education and literacy rates.

The Vietnamese government spends 20% of its budget on education every year, which helps pupils of all levels and backgrounds earn the skills needed to lead them to good jobs. The literacy rate in Vietnam is also impressively high, generally lingering at about 95% for residents aged 15 to 35. In other words, this is a country full of exceptional budding young professionals. 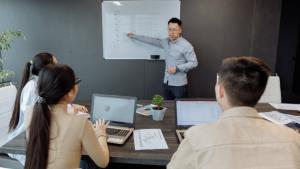 Another advantage of outsourcing to Vietnam has to do with their unique language. While many other Southeast Asian languages are based on variations of the Chinese alphabet, Vietnamese is based on the Roman alphabet that we use. So, even though some English sounds are difficult for Vietnamese-speakers to learn and vice versa, there’s a commonality that can help overcome the language barrier.

Many English speakers find Vietnamese grammar and vocabulary relatively easy to learn. However, if you don’t have the time to brush up on a whole new language, you can rest assured that around half the Vietnamese population have at least a basic understanding of English. 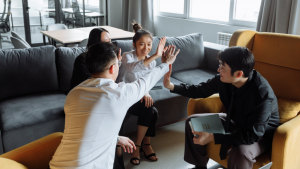 Foreign business is very welcome in the Vietnamese free market, evidenced by the fact that the country joined the World Trade Organization back in 2007. In fact, attracting foreign investment has been a key part of the country’s overall economic aims for many years now. And, unsurprisingly, it’s working.

With a strong workforce of highly educated, low-cost workers, a stable economic environment, and easy communication, it’s not hard to see why so many companies in need of outsourced services turn to Vietnam.

The Advantages of Outsourcing to Vietnam 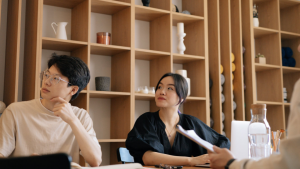 There are undeniably a great many benefits of outsourcing IT services to Vietnam. So, if your organisation needs a team that can carry out high-quality processes and development projects, it’s a great country to turn to. Not only could you save your company money in the process, but you could broaden its scope and improve its current ways of working at the same time.