Vietnam is home to one of the fastest-growing IT sectors in the world today. Right now, ever-increasing capital is being channeled into the country’s small IT startups and larger, more established companies. As such, the sector has recently come to be known as one of Vietnam’s leading industries.

Given the volume of investment that Vietnam’s IT sector has seen in recent years, it is little wonder it fared so well during the coronavirus crisis. As IT industries elsewhere in the world flailed and even failed, Vietnam’s held firm, standing it in good stead to continue its meteoric rise in a post-pandemic world. 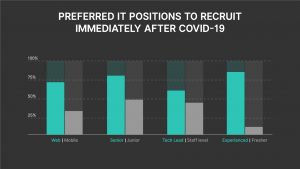 As part of Vietnam’s growing strength in the IT sector, there has been a renewed emphasis on promoting products and services that have been developed within the country’s own borders. To bolster this endeavor, the Vietnamese government has placed additional focus on improving IT education in schools and creating more opportunities in the industry for those that are talented but inexperienced.

Clearly, then, for those on the lookout for talented IT developers, there is no better place to turn. As the country continues its pivot towards creating a digital economy, it solidifies its place as a hotspot for developers, just waiting to be found by your company.

The Rise of Vietnam’s IT Sector

Since 2015, Vietnam’s IT sector has been on the up. This has to do with the fact that more and more tech companies, both within and outside of Vietnam, have started to recognize the exceptional quality of the IT services and products that the country continues to produce. 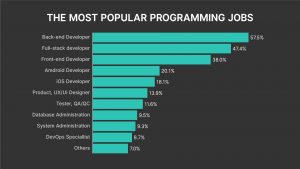 The sector owes its current standing, in part, to governmental investment. For starters, upon realizing the industry’s immense potential, additional funds were invested in schools that teach IT as a subject. The government has also been working with many of the country’s IT businesses, giving them the resources they need to open short-term training courses for young people.

However, undeniably the greatest factor in Vietnam’s success is the wave of foreign investment from large technology corporations. As just one example, most Samsung phones are currently made in Vietnam. And, moving forwards, it looks as though Apple is ready to relocate some of its supply chain there, too.

Right now, Vietnam is one of the standout nations in southeast Asia for IT services, with the ongoing influx in investment helping the country to rise up the ranks in terms of innovation and competitiveness. Resultantly, Vietnam’s IT developers consistently rank among the top 30 developers in countries worldwide, including in developed economies like China and Korea.

It’s little wonder, then, that world-class IT companies are setting up shop and outsourcing development talent from Ho Chi Minh City, Hanoi, and Danang.

From e-commerce and digital content to software outsourcing and business services, Vietnam excels in all areas of IT. And, with more and more young people receiving world class training, there’s no doubt that the country will continue to do so far into the future. 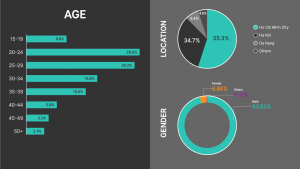 As of 2020, the majority of developers in the country are aged between 20 and 24, while a similar proportion are aged between 25 and 29. With the drive to improve education in the area ongoing, there is also a growing number of women entering the industry. It’s no exaggeration to say that this immense cohort of increasingly diverse and well-informed young people has the potential to modernize the industry at a faster rate than anywhere else in the world.

In addition to the money and education behind the sector, the talent seen across the board in the Vietnamese IT industry also has something to do with the immense passion of the nation’s developers. In fact, according to a recent report, an amazing 78% of all programmers in Vietnam said that a love for technology, programming, and computing is the main reason why they gravitated towards IT.

Even though the IT industry is swelling with greater and greater numbers of trained developers, there is still a shortage in Vietnam today. With more corporations turning to Vietnam to find fresh talent, the sector is having to work hard to keep up.

In 2021, it is estimated that the country will need 500,000 more IT personnel. At the moment, positions such as full stack developer, back-end developer, and mobile developer are all in high demand. So, a concerted effort is being made to provide additional training in those areas to people who are currently underqualified.

With regular updates to the IT curriculum in schools, advanced training platforms, and more on-the-job training initiatives, over time, the gap between supply and demand will be filled. Once this milestone has been reached, it is believed that Vietnam’s IT sector can continue to grow sustainably, so that it can always keep up with demand.